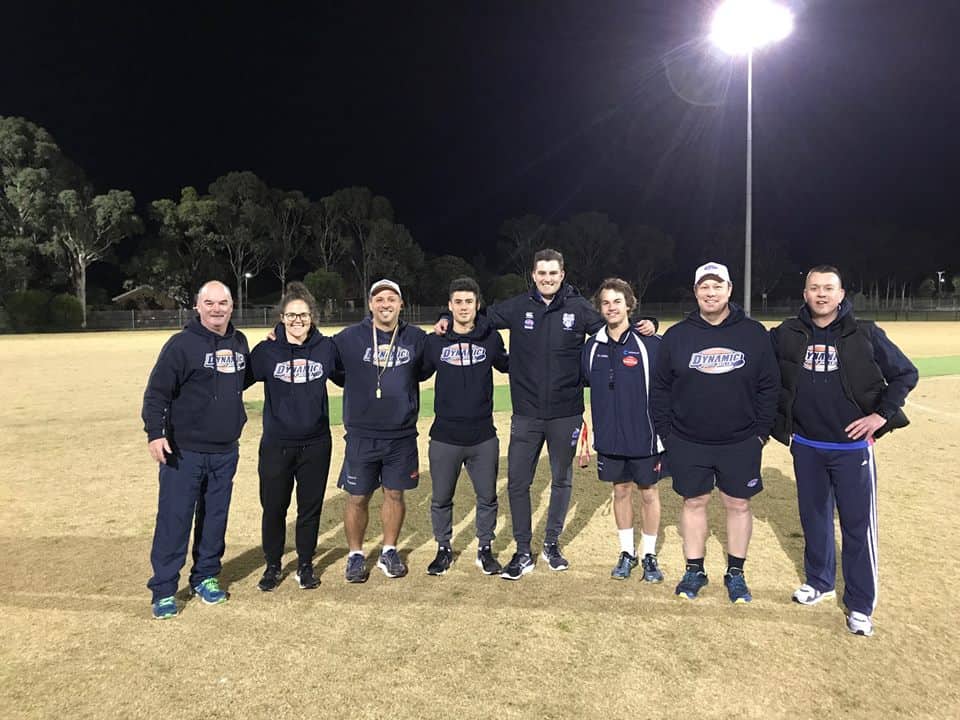 DFS has launched a new e-Learning Australian Rules Football development program to the DFS community. DFS Online Footy Academy programs are designed to provide flexibility to learn when, where and how you want. Whether you are a rookie or an experienced player, pick the footy skill & level to suit your needs. DFS Co-Founder & […]

On Monday, July 24, DFS launched the AFL’s ‘Next Generation Academy’ for partner club North Melbourne FC. 135 junior players were put through their paces by the DFS Head Coaches, who were assisted by AFLVictoria TAC and AFLVictoria Inter-league Representative coaches. The weekly 13 session elite development program will be held at Werribee (Galvin Park) and […] 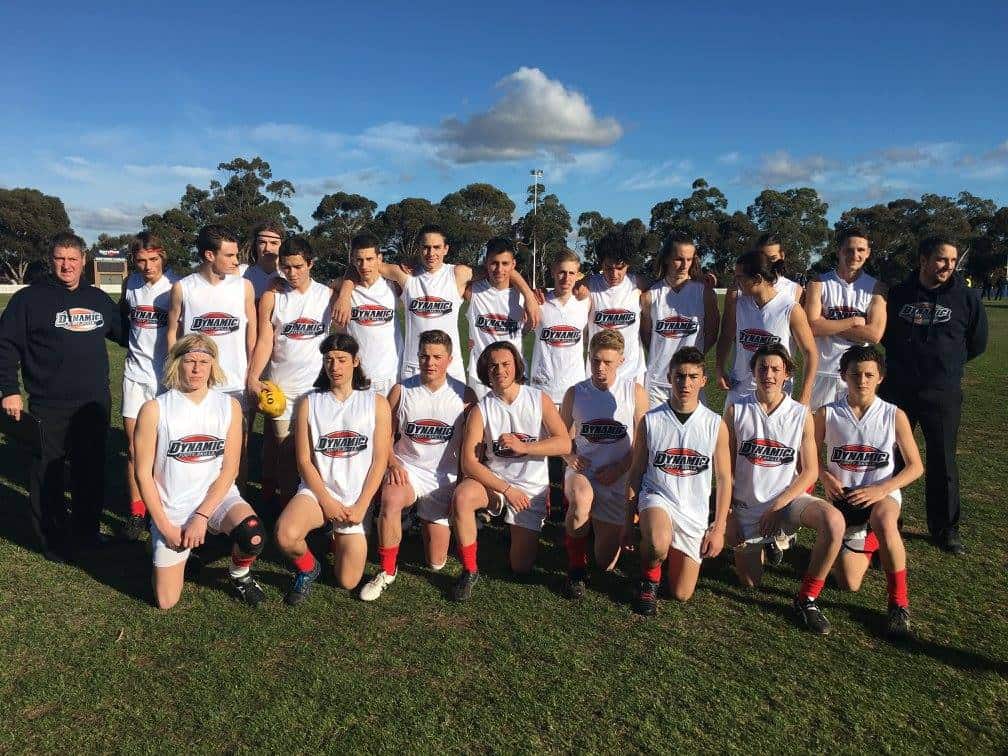 The DFS Elite Senior Camp squad took on the Peel Thunder from WA on July 7. Coach Jarrad Carey was extremely proud of the DFS team, which had come together and produced good footy from just six sessions. The players in the DFS squad got a first-hand look at an elite development program with close […] 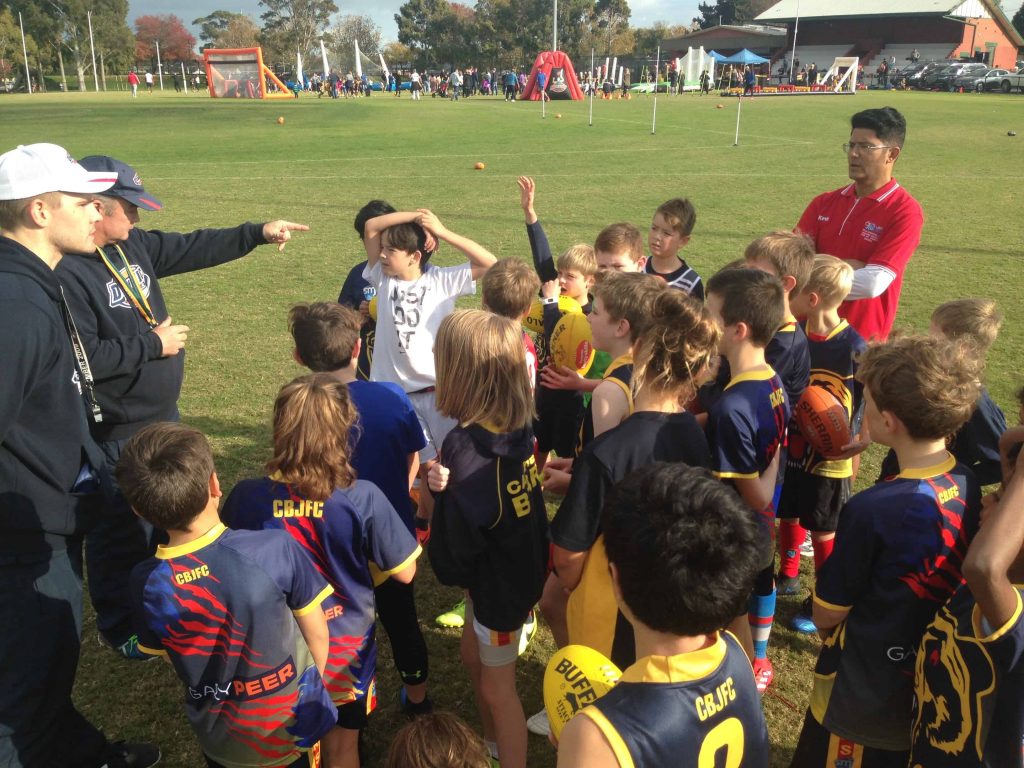 The Dynamic Footy Skills Team Development Program rolled on to Caulfield in Melbourne’s southern suburbs. The Caulfield Bears Football Club has signed a special agreement with DFS, where DFS provide a coaching session each Saturday for ten weeks. DFS’s Director of Coaching Simon Corlett sees it as a great opportunity to spread DFS specialist coaching […] 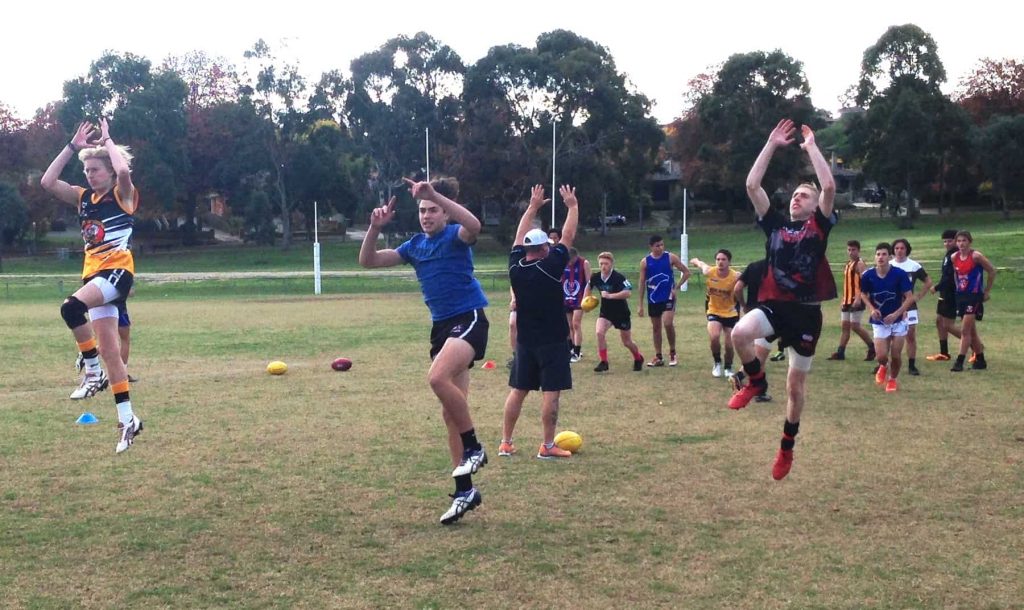 One of the more advanced programs that Dynamic Footy Skills offers is the Elite Senior Camp. The Elite Senior Camp is an amazing opportunity for talented players to be mentored by high-level coaches and come up against strong opposition. This year, the DFS squad will play a one-off match against Peel Thunder from Mandurah, Western […]

In 2016 Dynamic Footy Skills was appointed the Official Partner of the Next Generation Academy (Victoria) of the North Melbourne Football Club. DFS had the responsibility of designing and delivering the NMFC development program to boys and girls aged 11-15 in the NMFC zone. Following the success the 2016 program NMFC extended in 2017 version […] 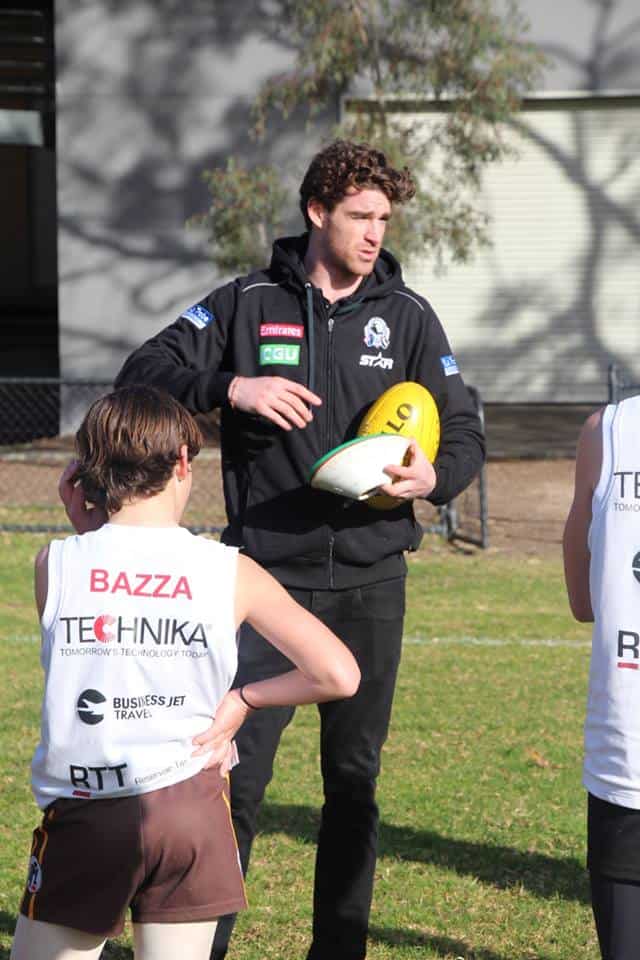 DFS is super excited to offer 3 awesome programs for players of all ages these school holidays. The Elite Junior Camp, Footy Holiday Program and Academy Session cater for boys and girls of all ages and abilities, with an enormous focus on development and fun. ELITE JUNIOR CAMP Open to players born in 2003, 2004 […]

Elite coaches and the Elite PTP 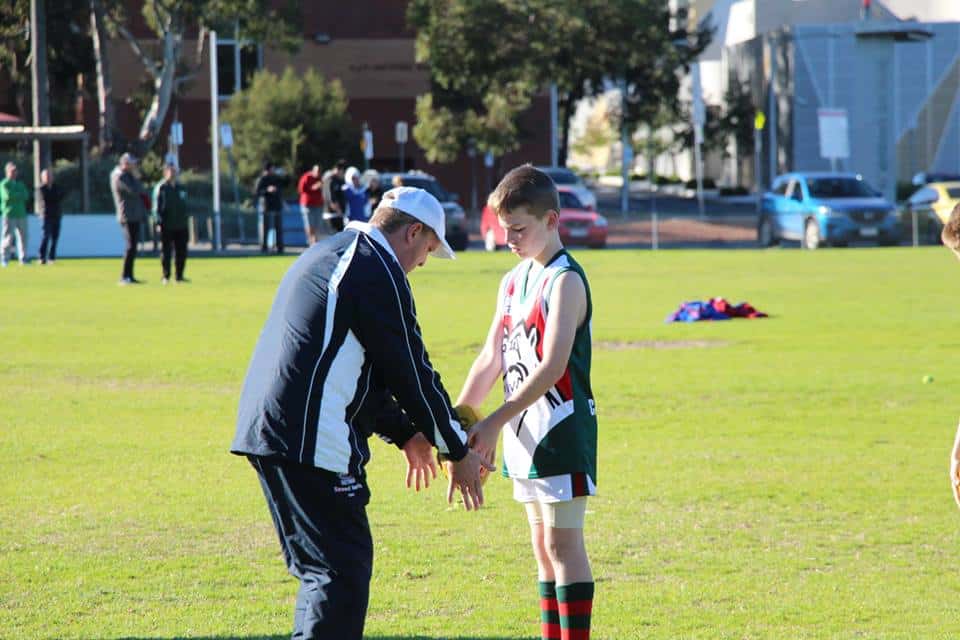 The Elite Pre-Season Training Program has quickly earned a reputation as the ideal preparation for junior footballers as they head into their local season. With an intense focus on game sense training and strength and conditioning, the 6 sessions will accelerate your decision-making and improve your fitness in all of the important areas that relate […] 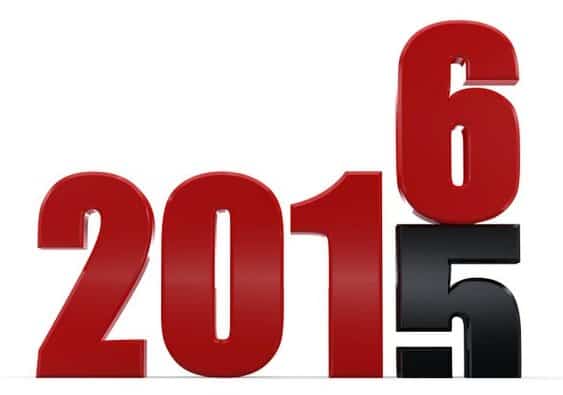 2015 was an absolute monster for DFS. It started with the appointment of our inaugural General Manager, when experienced sports administrator Jarrad Carey made the transition from casual coach to full-time employee. Jarrad, or JC as he is affectionately known around the traps, joined DFS after fulfilling various roles at the Collingwood Football Club, Northern […]